There are some things that are true of most men, most of the time. Probably the first thing that should be looked at is the need for interaction. Like women, men want to be able to talk about things they find interesting…and they want to be talking with someone who is also interested in those things and can contribute to the conversation. Perhaps that helps to explain why healthy heterosexual men would want to leave attractive women at home to “get together with the guys”. The decision to go off with the guys would be a lot tougher if someone who smelled better and felt softer was equally interested in his stuff. As they mature, male interests are less likely to be things offensive to the opposite sex and more likely to be business interests, health, sports, social issues, and such. The bottom line – if I can talk to her like I can talk with “the guys”, we have the beginnings of a good date and maybe a lasting relationship.

If you are going out, you most likely already know something about his interests. A few open ended questions can help you learn a lot more rather quickly. The more you learn about his interests, the more interesting you will probably find them (and him) to be. Similarly, help him get interested in your stuff…. You don’t have to “act interested” in each others’ stuff, take the time to develop a genuine interest….After all, if he’s worth going out with, it’s reasonable to believe that his interests are worth exploring…..and the same thing goes for your interests as well.

If the stereotypes have any merit, guys don’t like to talk and gals do. Of course it isn’t that simple, but there does appear to be some basis for the thought. As a rule, while men enjoy conversation, they also want closure. A topic that achieves no resolution is frustrating, and most of us only put up with frustration when we have to. Tied in with this is the discussion of feelings. Men are interested in a woman’s feelings, but we are also interested in other things. If your feelings become the central focus of every conversation, not only do we lack closure, we are now missing the previously mentioned “fun” interaction and our thoughts start to drift toward having a beer with the guys.

The closure issue works well when a lady asks a question that leads to an answer, and it is even better when that answer results in action that solves a problem. Together you share the “feeling of a job well done”, the team won. This is the guy version of a happy ending.

No one wants to be unnecessary, so it follows that it feels good to be needed. Of course, we aren’t attracted to “needy” types, because their needs appear endless, meaning we will never get closure, and that’s not appealing. The best situation is one in which we are needed for our unique strengths. For example, if we are needed because of some characteristic every other guy also has, we are needed, but we aren’t special. On the other hand, if we are needed because of a strength (intelligent, funny, wealthy, socially connected, handsome, etc.) that we are proud of, we feel we are able to make a unique contribution. That makes us feel a little more secure, and that’s important.

With few exceptions, men are insecure regarding their appeal. That’s because they don’t know if they have what that woman wants. One lady may be looking for money, another for security, another for a father image for her children. A really great guy can “strike out” with a lady because he doesn’t have the particular characteristic she is looking for. It’s nice to know when we’ve connected with someone who actually likes what we have to offer. Unfortunately, we can’t tell without confirmation.

Don’t be too subtle, we aren’t that bright! If we do something that pleases you, say so. If we really are the best at something, congratulate us. There may be no better feeling than knowing you have pleased someone you care for. Since there are plenty of people less impressed with us, the company of someone who genuinely appreciates us is almost irresistible.

One of the reason “games” are so destructive to relationships is they generally send mixed signals, making it difficult to get confirmation. Perhaps you’ve been told it’s best to keep the man guessing. Perhaps, but the men I know would rather spend time with someone who definitely appreciates them.

While the man haters may have some legitimate basis for their low appraisal of my gender, it doesn’t change the fact that most of us would rather spend our dating time in the company of anyone else! 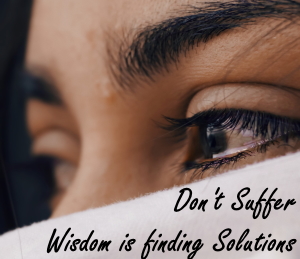